4 Most Daring Outfits of All Time 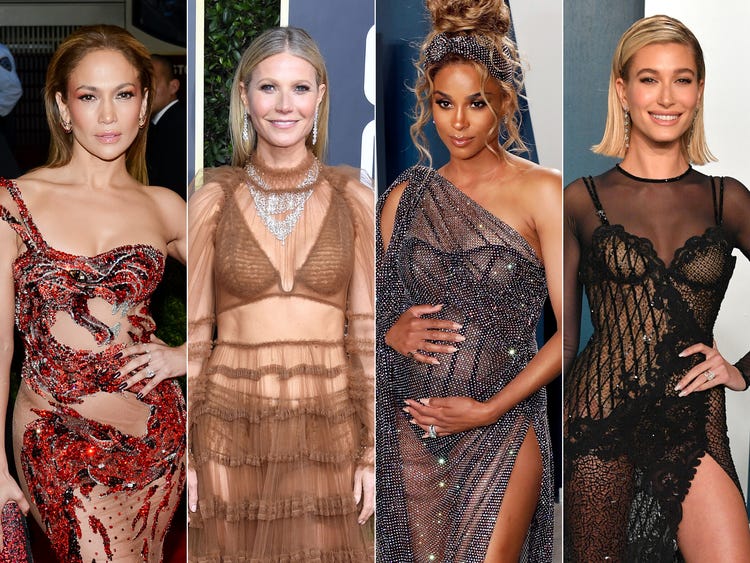 When it comes to daring outfits, it is easy to look at the lives of celebrities. We are readily engaged with their lives both as performers and because of the hype it brings. There is also the need for celebrities to remain in the spotlight, and that has made them continually try to outdo themselves, especially with their fashion style.

Celebrities are conscious of their body, and they go at length to ensure that they have an excellent shape that they can show up publicly. They usually go through a tremendous workout regime and eat special diets, as shown in BritianReview.co.uk. Some of these celebrities use vegan food delivery services and other healthy kinds of food to eat healthily and look good. They have to look their best on these daring dresses, especially as they are most revealing.

Now let’s take a look at some of the daring dresses we have ever seen live and on our screen:

Everyone can easily remember the dress that Elizabeth Hurley wore to the premiere of Four Weddings and a Funeral with then-boyfriend, star of the movie, Hugh Grant. The dress is a sleek black Versace gown with a long slit by the side that left very little to the imagination. One of the dress’s daring features is the side opening and the long slits held together by gold-coloured safety pins. She made such an entrance that left quite an impression that is still being discussed today.

In 2013, she gave an unforgettable red carpet moment with her sheer see-through dress at the Iron man three premieres. It is evident from the look that she had no underwear, revealing her long and sexy legs. Much work had to be done on her skin to cover up bikini lines that have been on her body after vacationing.

The daring actress and singer Jennifer Lopez is known for her outlandish appearance, but nobody was prepared for her daring outfit at the 2000 Grammy Awards show. Jennifer Lopez stepped onto the red carpet with a stunning green Versace gown with a deep neck down below her belly button. The dress also has a long slit down the middle of the dress that shows her hot legs, which gave her more sex appeal on that evening. As usual, she was in the same energy level that the dress brought as she moved on the red carpet, and all the flashlights were on her.

In 2001, it was Toni Braxton who turned to steal the limelight with her three-piece gown that got everyone talking on the red carpet. Toni Braxton showed enough skin than anyone had ever seen on her Grammy night with her hot and sexy white gown designed by Richard Tyler. This happened a year after Jennifer Lopez stunned the Grammy with her hot green gown, and it seems that Toni Braxton came close to upsetting Lopez as the hottest gown on a Grammy night. The gown was revealing in all the right places, and Toni was all smiles as she had the attention of everyone that night.

To pull up such stunts with these daring outfits, one has to have a stunning body to do justice to the dress. Eating right and a proper workout will help you maintain a fantastic body to dress appropriately. You can read customer reviews about food and delivery services to learn about the best diet to maintain such a hot body.